Lloyds Banking Group has made its first big acquisition since its taxpayer-funded bailout eight years ago as the lender took a step towards becoming a bigger player in Britain’s £146 billion-a-year credit card industry. 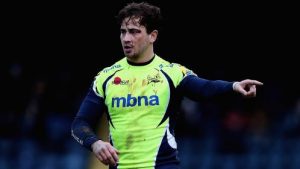 Danny Cipriani during his time at Sale Sharks in the Aviva Premiership. MBNA, which sponsored the team until the end of last season, has a credit card portfolio worth £7 billion

The state-backed lender yesterday agreed to buy MBNA for £1.9 billion from Bank of America in a deal that will increase its share of the UK credit card market from about 15 per cent to just over a quarter and add about £650 million to its annual revenues. MBNA’s credit card portfolio is worth £7 billion.

Despite fears about rising interest rates and unemployment, Lloyds said that it was a good time to build its credit card business and that even a doubling in the level of joblessness would not push its new MBNA business into loss.

Bank of America had put Chester-based MBNA on the block in the first half of the year and originally feared that the Brexit vote might scupper a sale. Even with the UK’s vote to leave the EU, several suitors lined up to buy the credit card provider, including Santander UK and private equity groups.

“The MBNA brand and portfolio are a good fit with our existing card business and we will focus on providing its customers with excellent service and value,” António Horta-Osório, chief executive of Lloyds, said.

Shares in Lloyds jumped after the news of its purchase of MBNA, closing up 1.3 per cent yesterday at 63½p, valuing the lender at £45.5 billion.

Credit cards are seen as one of the few growth areas in retail banking and Lloyds said that it forecast a return on equity from the business of 17 per cent in its second year of ownership, well above the returns available from lending money to businesses or homebuyers.

The deal is being entirely funded by cash generated from Lloyds’ ordinary business and buying MBNA means that the bank will no longer pay a special dividend that some City analysts had been expecting.

Jefferies, the US investment bank, said that taking over MBNA was a “very good use of excess capital” and pointed out that there would be no risk from the deal to the lender’s ordinary dividend payment. “A special distribution is now unlikely but the MBNA acquisition looks a better use of excess than a special,” Jefferies said in a note to clients.

Close to £150 billion is spent every year in the UK on credit cards and this is forecast to rise to more than £180 billion by 2025, according to Payments UK. Credit card penetration in Britain remains low compared with similar markets such as Australia and the US and the country’s total stock of outstanding card debt has actually been falling in recent years.

Credit card debt stood at £63.3 billion at the end of last year, down from a peak of close to £70 billion a decade ago.

Bank of America originally bought MBNA in 2006 for $35 billion, before writing down the value of its investment twice and selling off its Canadian and Irish portfolios, leaving it with the UK business. The Wall Street bank said that it expected to make a small after-tax gain from the sale of the final part of the company.

Completion of the deal is expected in the first half of next year. 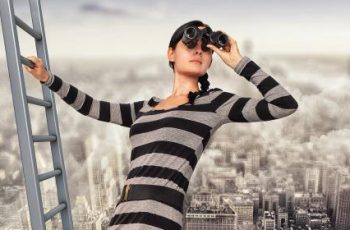 Do you want a cheaper mortgage or credit card? We … 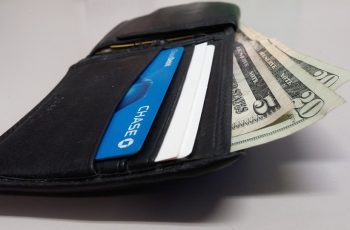 Getting a credit card can be an exciting step for …