Home
Featured
Why Should Your Company ‘Go Green’? Putting environmental measures in place in your workplace may seem futile and worthless; however, going green in your office could have a serious impact, not just environmentally, but financially as well. Being a green company in today’s day and age holds many financial benefits in a variety of capacities. Finances aside, however, it is important to realise the damage that we are all doing to our planet every single day. In 2014, just 90 businesses entities alone were responsible for around 65% of all world carbon emissions, which shows the destructive capabilities of your company. So, in a bit more detail, why should your business go green?

Save your company some money

Less energy used equals less money spent, which is a no brainer when it comes to whether you should implement energy saving measures . There are a hundred and one ways in which you could be saving money by tweaking small habits in your office such as: turning off computers at the end of the day; switching your light bulbs to LEDs; Installing rooms with motion sensored light switches; moving your servers to the cloud; and many more. These sort of tactics will collectively save you not just tens of pounds put hundreds, if not thousands every year. This sort of thing can also encourage you to make other energy saving measures such as reducing printing and replacing paper towels with energy efficient hand dryers.

For those companies who do undertake a fairly large scale change towards the above kind of energy saving measures, the government provide a variety of grants as an incentive to carry on in such a way. One of the schemes that could hugely benefit the company in the long term would be their 30% discount on the overall price of solar panels. If you have the money to invest in this kind of technology, you would definitely see the rewards in the not too distant future. It isn’t, however, realistic, unless you have a serious amount to invest and a large amount of free space, to think that you’d be able to generate enough electricity to power the entire business; however, reducing your reliance on your energy provider even slightly is a huge step in the right direction.

Adapting your public image to one that shows you care about the environment could see quite drastic improvements in your public profile and brand awareness. Being a thoughtful company can not only attract more customers to do business with you, but can also make you more appealing to potential employees. Separating yourself from the rest and becoming a company that cares can really help you stand out, in a good way, in the current density of business. According to a Nielsen study carried out in 2015, 72% of people aged between 15 – 20 said that they would be more likely to pay more for products and services that weren’t harmful to the environment.

Now that customers have a variety of options for pretty much every single service that exists on the market, customer loyalty is extremely important. Having a pulling factor towards your business that will also make customers want to give their continued support is vital if you are to run a sustainable business model. Incorporating green content into your marketing plan can also be a great way of reaffirming your stance on eco-friendly topics. This can help build and extend your demographic, therefore creating wider appeal for your services. It may also be worth looking into the government scheme that allows you to be officially recognised as a ‘green company’.

According to British Gas, the approximate distance that the average commuter travels to work in the UK is 4,343 miles. If you did this in the car, alone, your personal carbon emissions would be a huge 1.07 tonnes of Co2 per year. If you did this on the train, your emissions would be slashed by more than half, at 0.48 tonnes. If you walked or cycled, your emissions would be either zeroed, or be pretty close to nothing. Not only does an active commute greatly benefit the well being of the planet, but will also increase the healthiness of your staff, increasing workplace productivity and reducing overall sick day numbers. 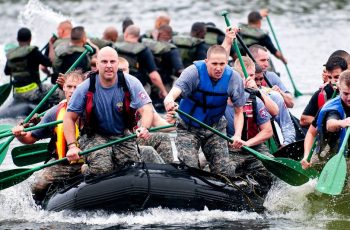 Being a part of the sales department is not easy. … 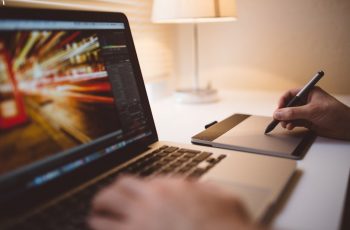 Building a business website is more vital to the success …