Home
Investing Ideas
Buy a slice of a new home, and get on to the ladder

If you are struggling to save for a deposit, consider schemes where you own part of a flat and rent the rest. 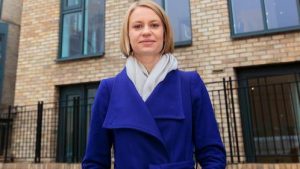 Adel Whitworth, a project controls manager who bought a 35 per cent stake in a one-bedroom apartment in south London, said that shared ownership was a “no-brainer”

As the new year begins, many aspiring homeowners will be doing their sums and working out if this will be the year they can finally buy a first home.

Sadly, for many the numbers won’t add up. Property prices rose 7 per cent last year. The average home costs £217,000, or £474,475 in London. In October, the average first-time buyer borrowed 3.56 times their income and secured a mortgage of £133,200, according to the Council for Mortgage Lenders. Such figures leave those without supersized deposits or high-flyer salaries coming up short.

Shared ownership can be a lifeline for those whose income is not large enough to take out a mortgage for the full cost of a property. “If you cannot afford to buy a property outright, this is an opportunity to at least get a roof over your head and a foothold in the market in a situation where the market is rising,” says Jonathan Harris, a director at the broker Anderson Harris.

Shared ownership involves buying a stake of between 25 and 75 per cent of a property and paying rent on the remainder, which is owned by a local housing association.

It differs from shared equity schemes such as the Help to Buy equity loan, where you get a loan from the government in addition to the mortgage you take out with a commercial lender.

The rent you pay is subsidised and capped, often at 3 per cent of the value of the share you do not own. Normally the property is newly built, but it can be an existing home being resold by the local authority. If it is a new-build, there will also be a service charge to pay for the maintenance of communal areas.

You will still have to pay solicitor’s fees and stamp duty, as with buying a home outright. Budgeting £4,000 for the costs associated with buying a place would be wise, advises First Steps, the shared-ownership scheme backed by the mayor of London.

Adel Whitworth, a 33-year-old project controls manager, says that shared ownership was a “no-brainer” for her. She has bought a 35 per cent stake in a one-bedroom apartment on Battersea Bridge Road in south London, which cost £177,625. The full cost of the apartment is £507,500, which would have been out of her reach. She put down a deposit of £32,000, took out a mortgage to afford the remainder of her 35 per cent stake, and is paying rent to Thames Valley Housing, which runs the scheme. Her application to buy through the scheme was accepted on New Year’s Eve in 2015 and she became a homeowner in June last year.

“To finally be a homeowner after years of trying — I couldn’t be happier,” she says. “There was nothing on the open market that matched the high specification of the homes at this development, and purchasing through shared ownership meant I wasn’t competing with investors.”

This is an opportunity to at least get a foothold in the market in a situation where the market is risingJonathan Harris, of the broker Anderson Harris

Adel has the option to buy a larger stake later, known as “staircasing”. The rules vary between each housing development, but on her scheme she can buy an extra 1 per cent of the property each year for 15 years without the cost of arranging a solicitor each time. Schemes often limit the number of times you can increase your stake, and you will often have to factor in remortgage fees and possibly stamp duty as well.

To qualify for a shared-ownership programme your household income must be less than £90,000 before tax in London, or £80,000 outside the capital, and you must not already own a home.

How affordable are they, though? Research from Which?, the consumer group, shows that the average salary of a shared-ownership buyer is £45,000. Which? examined the cost of purchasing the smallest possible share in 525 shared-ownership schemes within 20 miles of central London available through the First Steps website. About half were a studio or one-bedroom home, and the average minimum share available cost £145,146.

Calculating the cost of mortgage repayments, rent and the service charge as less than 50 per cent of post-tax earnings, it found every shared ownership property in zone one to be unaffordable for those on the £27,908 salary that the average person under 29 earns in London, according to the Office for National Statistics. For those on £43,089, the average London salary for those aged 30-39, just over 30 per cent of zone one properties were affordable.

“Buyers need to be realistic about what they can borrow, and look at numerous properties because rents can vary considerably,” says David Blake, the principal mortgage adviser at Which? Mortgage Advisers.

“That said, it’s not all doom and gloom because the mortgage market is buoyant and lenders certainly have an appetite to lend to first-time buyers.”

Shared-ownership schemes do shine when it comes to the deposits required, which are far less onerous. 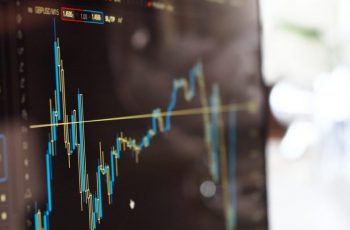 Since oil prices collapsed, many investors have avoided investing in … 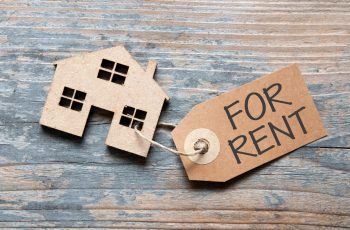 Modern landlords have myriad concerns on any given day, and …